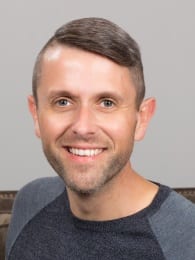 Daniel Floyd is the founding and Senior Pastor of Lifepoint Church in Fredericksburg, Virginia. In just 12 years, he has led Lifepoint from a group of 50 people to over 5,000 in weekly attendance. Since 2005, they have experienced thousands of people giving their lives to Christ. Lifepoint currently meets in four locations and has been named by Outreach Magazine as one of the 100 fastest growing churches in America for the past several years.

Daniel is also the founder and President of Lifepoint College. He holds two Masters Degrees from Liberty Theological Seminary and is entering his Doctoral studies in leadership this fall.

He is the author of Living the Dream, which released nationally in April 2013. He recently launched and is the host of Fully Alive, a weekly television program.

He lives in Fredericksburg, Virginia with his wife Tammie and their three children.