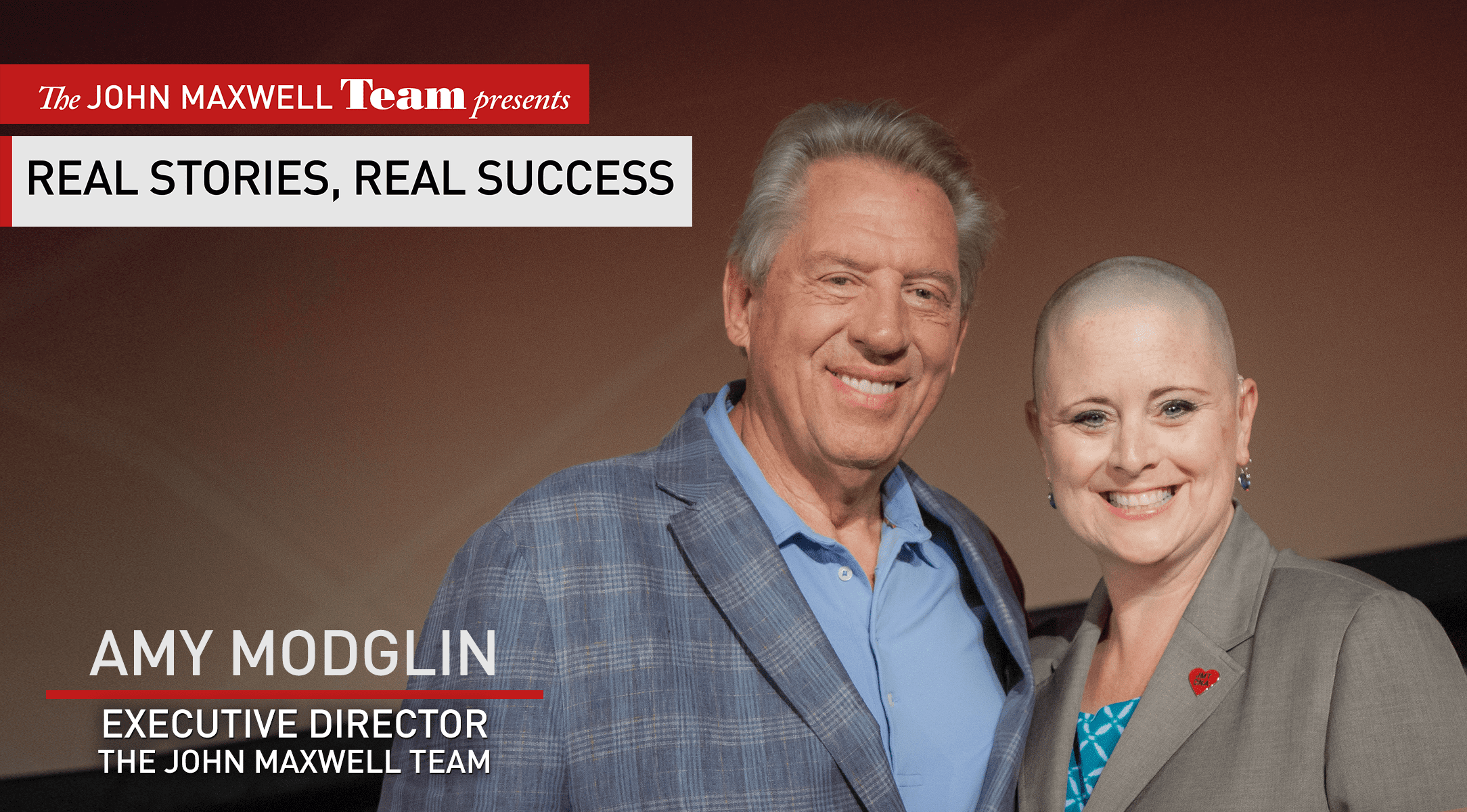 For over 20 years, when asked what her dream job would be, Amy Modglin would say, “Traveling the world teaching leadership with John Maxwell.”

For all that time, she didn’t know that she could join the team. As soon as she found out about the possibility of becoming part of JMT, though, she joined right away.

Now, she has truly lived her dream by traveling with John to Transformation Paraguay, actually teaching leadership around the world with John Maxwell!

Amy is living out her love for people and her desire to help them, and, at the same time, the JMT is helping her immensely.

Six years ago, Amy became very sick and was told she had five years to live. Well past that five year mark, Amy is still standing. However, her illness has caused her to lose her hearing, leaving her clinically deaf.

Still focused on helping people, Amy wasn’t ready to give up on speaking in front of others. She has been working with Roddy Galbraith to build her confidence as a speaker despite not being able to hear herself.

Probably her biggest turning point came in July. Chemotherapy treatment led her to shave her head, which truly rattled her confidence in facing the world and her clients for the first time being bald.

“As I was getting ready to talk myself out of what I am called to do,” she said, “I turned to my mentor, Mark Cole.” Mark’s advice will likely stick with her forever. “He told me to be authentic and ‘Live it out!’” This advice was the same advice that John Maxwell himself had shared with Mark Cole in the past.

Mark helped Amy see that living intentionally and being authentic would allow her to connect more deeply with people. In Amy’s words, being authentic “has allowed me to connect, inspire and influence more people in the past month than I have all year. Facing the world bald was empowering for me!”

In a nutshell, Amy says, “This team makes me better!”

Amy’s advice to you? “Leadership is a huge need, no matter where you go. Jump in. It’s scary, but the payoffs of growing yourself are priceless! You will be able to impact so many people when you better you.”