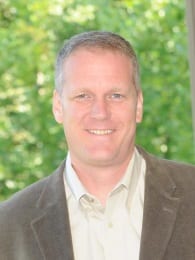 During his 11 years as a police officer in metro-Atlanta, Steve’s heart began to grow towards helping and encouraging young people to make good decisions where he developed a vision to one day work with youth and families in crisis on a full-time basis. In 2002, Steve met his wife Dawn and was hired by a Christian children’s home called Eagle Ranch in Chestnut Mountain, Georgia. They were called in 2005 to West Virginia to develop a 225-acre facility called Chestnut Mountain Ranch. Steve established a 16,000 sq. ft. thrift store and recently acquired an oil change facility to support the operation. Boys attending the Ranch have the opportunity to work, earn a pay check, and learn valuable skills surrounding the stewardship of money. Today the Ranch is serving around 20 children with a waiting list and plans for a school. The Ranch is accredited through ACSI.

In May of 2017, Steve’s first book was published and released. “Seed to Vision” explains how to pursue a God given vision in your life to impact the lives of others.