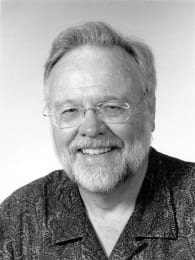 Prior to joining the faculty, Tom served a combined 23 years as an U.S. Air Force officer and civilian scientist, where he developed advanced cockpits and virtual interfaces for the Department of Defense. He is credited as a pioneer in developing virtual reality and augmented reality.

He is the founder of the Human Interface Technology Laboratory (HIT Lab) at UW, the HIT Lab NZ at the University of Canterbury, Christchurch, New Zealand and the HIT Lab Australia at the University of Tasmania, Launceston, Tasmania and the Virtual World Society dedicated to bringing together hearts and minds through virtual reality to solve pervasive problems in the world.

Tom lectures in many national and international networks. He is the inventor of the personal eyewear display, the virtual retinal display, the HALO display and holds 21 patents in advanced sensor, display and interface technologies.